I believe my admiration for women is something spiritual. When I meet and talk to a woman who has lived through hardships and overcome them, or when I invoke deeper conversations about the past with women I already know, a sense of profound understanding and awe washes over me. This was something I was reminded of when I was watching the film Hustlers which was released in theaters last week. Hustlers is inspired by the true story of strippers working in America post-2008, the year of the financial crisis, specifically by drugging wealthy Wall-Street men and running up their credit cards. Now, I am not saying that I advocate for what they did, nor am I saying that I completely hate them for what they did, that is not what I mean by awe. While watching Hustlers, all I could think about was the fact that this film was written by a woman, directed by a woman, tells the story of women, and that I watched it with my three best female friends the first time, and with my mom the second time.

The film immediately captivated me with its opening sequence, one I watched twice and could watch a million more times. The screen is black as Janet Jackson’s opening monologue to her song Control begins to play, and suddenly, we see Destiny, Constance Wu’s character, staring in the mirror and getting ready for her first night of work at the strip club. 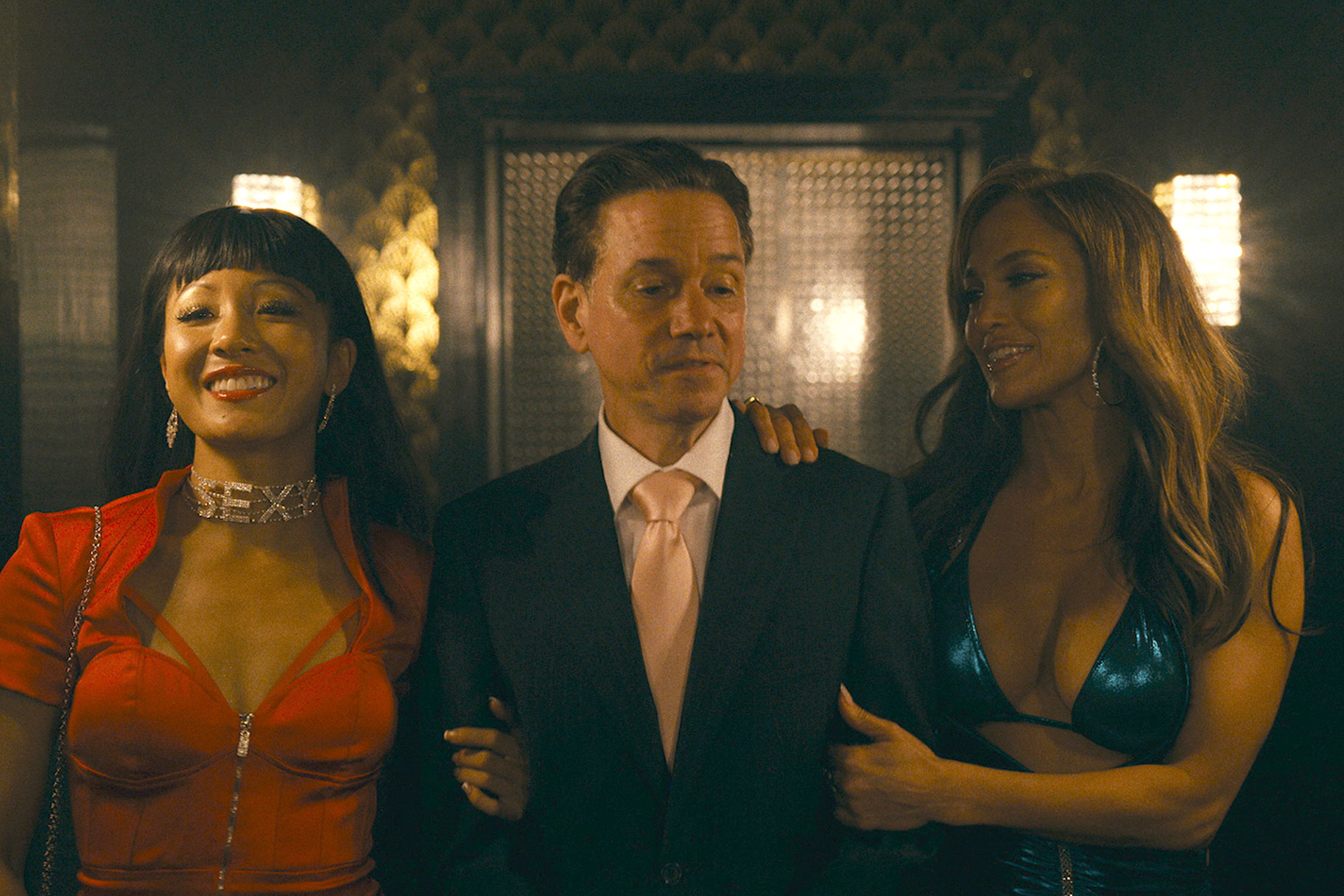 It was electrifying. I suddenly became hyper-aware of what it felt to be independent and proud, something Destiny herself says she wants to be for both herself, her grandmother, and her daughter. This was not the only time in the film where I felt unbelievably astounded. In one scene, Destiny rejects the journalist’s question about what happened between her and Ramona, Jennifer Lopez’s character, by turning off the tape recorder. From that moment on, the entire scene is mute, until the door closes with the journalist, played by Julia Stiles, on the other side of it, kicked out of the house. Once again I felt chills at the brilliance of the film.  You see, recently I have been considering pursuing film criticism more so than screenwriting and directing. I began to convince myself that I would be content with just doing that, and I never really thought I had it in me to direct. But, it was sitting in this theater and watching the film’s creative treasure unfold that I knew in my heart this is what I want to do. I want to make movies. However, that is no easy task, especially for a woman and Hustlers tackles that theme head-on. Men can make a woman’s life harder ten different ways to Sunday. We see in this in film multiple times, through club owners who bleed Destiny dry of her earned money, and disrespectful bosses. At one point, J.Lo’s Ramona asks if she can leave early on Fridays to pick up her daughter, to which her male boss says “Am I the father?” When Ramona says no, he responds with “then why should I give a shit.” He then proceeds to belittle the economic hardships of a single mother and compare it to that of a father who has two kids and is still able to work his full shift. It is in this way that the film reminded me of one of my favorite films: Thelma and Louise.

When Thelma and Louise was released in 1991, it received an absurd amount of backlash. People, especially men, deemed it as male-hating, with every man in the film being depicted as an asshole. In 2019, people could probably make the same criticism about Hustlers. The father of Destiny’s daughter is thrown out of the house by Destiny, Ramona is a single mother, Ramona’s boss is a d*ck, and of course, the men who come into the club abuse and take advantage of the strippers, pushing them to provide a little more than just a dance. Though the film is not heavily populated with positive representation of men, Hustlers is not about one-dimensional representations of anyone. Hustlers provides complex characters, specfically women, with moral ambiguity. Hustlers seeks to humanize the individuals society finds so easy to demean and overthrow the individuals who live their life on a pedestal. We as an audience find ourself sympathizing for these women who did illegal things and begin to understand that life is not simply black and white, but rather, as Ramona puts it, “a strip club”: colorful.

One sequence I found powerful was when the women of the club were stripping, dancing, and Cardi B.’s character is confronting a bouncer about how she better earn money that night. However, the scenes cut back and forth between the women at the club, and the men of Wall-Street shouting on the phone and making money. How does society deem what is okay and what is not? Does legal mean ethical? Do suits deserve more respect than stripteases? These are the questions Hustlers provokes you to ask yourself. These are the themes writer and director Lorene Scafaria touches upon as she subverts the patriarchy and details the life of women doing what they feel they need to do to survive.

So what did I leave Hustlers thinking about? I reflected on the women I admire in my life, though they may not have shared the same experiences. Regardless, all women have dealt with their fair share of obstacles, setbacks, and disillusionment of life being fair, exclusively because they are women. Lorene Scarfaria herself dealt with her own obstacles just trying to be the one to direct the film. But she did it. And I will forever be inspired by that.

I do not own these pictures