I am head over heels in love with Winona Ryder. So, I made it my duty to watch this movie no matter how corny or “bad” it would turn out. Interestingly enough, it was not what I expected. 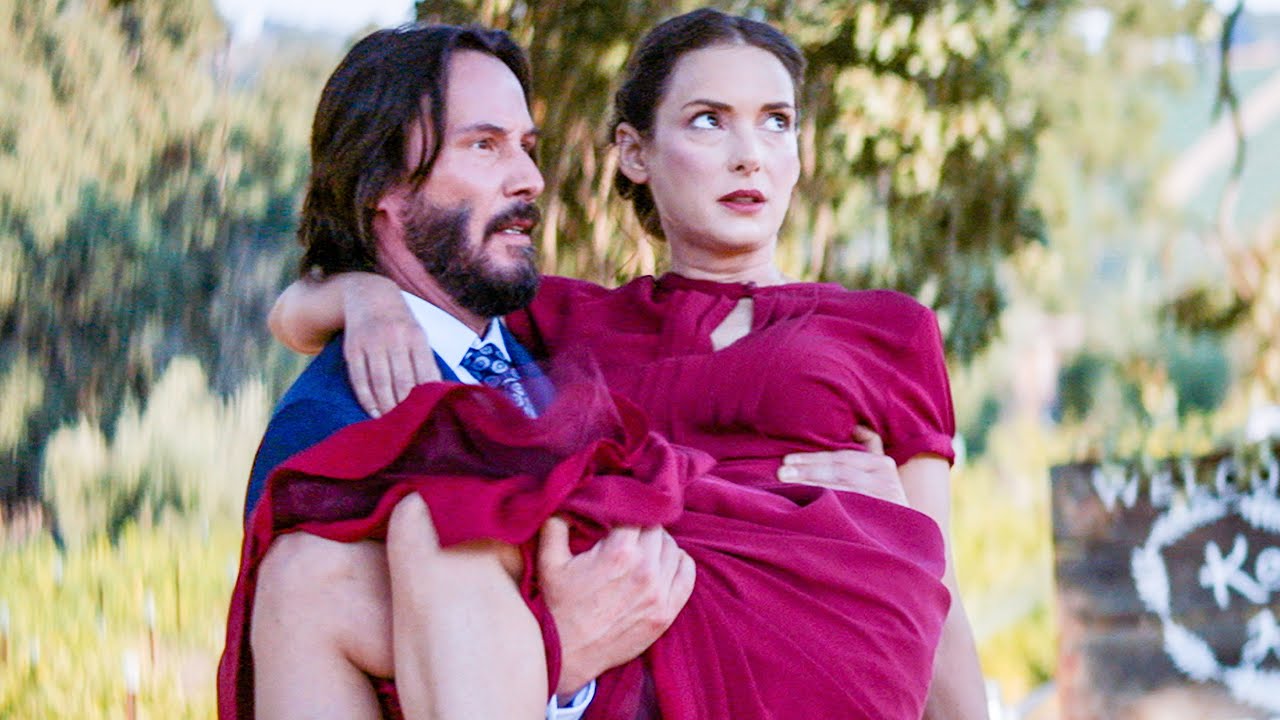 Destination Wedding struck me as a silly RomCom that would utilize all the popular tropes of the genre. What Destination Wedding actually was turned out to be much more character-based as opposed to the typical rollercoaster plot of other RomComs. What I mean by this is that the entirety of the film is conversation between Keanu Reeve’s character Frank and Winona’s Ryder’s Lindsey.  Frank and Lindsey meet waiting to board a plane and when they almost instantly begin to bicker and argue, they discover they are headed to the same location for the same wedding.  Frank is cynical and Lindsey is awkward and together they are two grumps who discuss the meaning, or lack thereof, of life and debate whether or not “love” is real, let alone worth the trouble.

As someone who aspires to become a screenwriter, I had no trouble with the lack of action outside of conversation between Frank and Lindsey. I quite enjoyed the different levels of interactions they shared, whether it was insulting one another or mocking the people at the wedding. However, there were times when the conversation seemed to drag on a bit too long and you get sort of lost in this two-person world. This was the director’s intention, to illustrate the fact that Frank and Lindsey are isolated from the outside world and are submerged within one another’s presence, thus explaining the lack of conversation with anyone outside of each other. This was beautifully tied together when the two land back in California and Frank tries to say his goodbye as Lindsey sits in her cab:

“We’re holding up the line, Frank. There are other people in the world.”

I thoroughly liked the script and substance of the film, but as I aforementioned some scenes dragged a bit, but I don’t think that was necessarily the script’s fault. The delivery of the lines by Reeves and Ryder was probably the largest burden at times, seeing as it was not always well-paced. Keanu Reeves has a very specific style, usually slow and cold, and that persona suits the character of Frank well, but the wittiness of the script I think required some quicker delivery by both actors. That was probably my biggest issue with the film, Keeanu. His acting, in my opinion, was inconsistent; perfect and hilarious at times, but awkward and not fitting at others. However, when the performance does match suitably with the script, what we’re given is a funny and cynical story of ironic romance. With an ending that was perfect for a movie filled with nothing but talking, I was won over with the quiet resolve. It was not the swelling of music as Boy runs to Girl and delivering a speech of undying love and thanks. On the contrary, it was simple, soft, realistic, and lovely.

Destination Wedding was worth the watch because it provided me with more insight about how to write talk-pieces; elements to have and ones to avoid. I definitely would recommend the film for those who do not need action or spectacle to enjoy a film, but rather embrace the hilarity and beauty of people and conversation.

I do not own these pictures